Having joined this programme from ACI Europe in 2010, the airport management company has reduced its gross carbon emissions by 42% in 10 years.

Several projects have contributed to this achievement: buying electricity from 100% guaranteed renewable sources since 2015, energy renovation of buildings (lighting, insulation, air conditioning and heating production and management system), or reducing the fleet of service vehicles and replacing them with electric vehicles.

This accreditation level was obtained with the help of the airport’s partners, via the OZE (Objective Zero Emissions) club. Many airlines, ground handling providers, car rental companies, shops, and official providers or services have joined the effort by signing a commitment charter with ATB to reduce the impact of their activities. 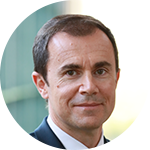 The accreditation from ACI Europe is an additional milestone in the airport’s energy transition, making it the 3rd airport in France to achieve carbon neutrality. It is even more valuable because it has been obtained thanks to the hard work of our partners at the airport. Together, we have changed our practices to reduce our direct emissions, thereby contributing to energy transition in the area.

Philippe Crébassa, Chairman of the Executive Board

As well as reducing its emissions, the airport has committed to a system for offsetting its residual carbon emissions that entirely covers ATB’s carbon footprint (1,800 tonnes of CO² equivalent). For 2022, ATB has chosen to support the Sumatra Merang rainforest restoration project in Indonesia, by the NGO Pur Projet.

This funding supports local operators to restore a threatened ecosystem and create a conservation area for endangered animal species.

Toulouse-Blagnac Airport’s motivation to continue reducing its carbon footprint, despite the severe impact of the pandemic on the aviation sector, is remarkable. Obtaining Level 3+ “Neutrality” requires considerable effort and investment. This new accreditation demonstrates that Toulouse-Blagnac Airport is an active participant in climate action under the Paris Agreement

ATB is pursuing initiatives to reduce its emissions, but will also be supporting the efforts of the airport’s partners: purchasing renewable heat, biofuels for service vehicles, renovating buildings, developing self-consumption photovoltaic installations, a green hydrogen production and distribution plant, a plan for employee commuting, hydrogen and natural-gas powered buses for passenger transport, etc.

The next step will be to draw up a new road map for achieving net zero carbon emissions, since the airport has committed to this objective through ACI Europe’s “Net Zero 2050” pledge.